Boris’ involvement with DAVA programs began in 5th grade.  Boris was part of our Open Studio and learned the “basics”- drawing, painting, ceramics, sculpture.  He progressed to our Job Training Program and joined the Computer Art Lab, claiming “mostly, I’m a technology guy.” Boris was shy and hesitant to make friends at first, but friendships grew during group projects.  He watched and admired his Junior Staff leaders and started to come out of his shell. “At first, I did not know I would be a leader, but I had to grow up.  Now I practice being a leader every day.”

Boris considers one of his greatest accomplishments at DAVA to be learning self-control, and how to “react and handle myself in a situation.” Before DAVA, Boris says he chose to work by himself, and if things weren’t going his way, his temper rose automatically.  Over the years, he learned to take his mistakes and find solutions to create a better project in the end.  He invited people into his group and encouraged others.

Boris grew into a personable, funny and creative teen with the confidence to represent DAVA at local events, professional conferences, and the White House to accept DAVA’s NAHYPA award in 2014.  He concluded, “I have learned so many skills at DAVA, and I feel prepared for a future in technology. I am able to find and solve problems and manage my time very effectively. All of my experiences at DAVA have made me a better person.”

Boris stopped into DAVA to say good-bye the day he left for college this fall. “It all started here…in the Computer Art Lab,” he smiled. He is now a proud freshman at UC Colorado Springs with plans to major in computer science. 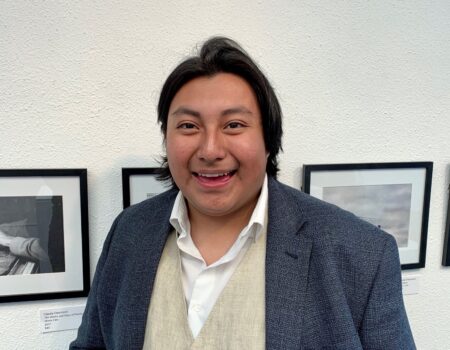