Hannah B. (age 16) started at DAVA in 2015, and is the oldest child in a refugee family from Eretria.  She joined DAVA’s Computer Art Lab because she was fascinated with learning new technology. She quickly mastered programs at DAVA and became an outgoing team leader and peer mentor in our Job Training program.  She has thrived in DAVA’s summer film program at the Colorado Film School and grown exponentially in visual arts, writing, and learning to communicate in a strong and eloquent way. In 2018, she earned a Colorado Scholastic Arts and Writing Silver Key Award for a documentary she made about her father, Yemene, who owns Laundry on the Fax and is committed to giving back to his community.  Recently, Hannah expressed:

“Being a part of DAVA has really helped me define what community means.  My class is such an amazing example of diversity and students from many different cultures and backgrounds. Listening to everyone’s perspectives and creating art together has fueled respect and understanding among all of us. In a social and political climate like the one we are living in currently, open-minded kids and teenagers are vital to maintain an America where differences are not feared, but are seen as strengths.”

Hannah’s two younger siblings have joined the DAVA family, and she was thrilled to be accepted at Denver School of the Arts last year in creative writing.  Through connections she made at DAVA, she also traveled in 2019 to Brazil through the U.S. Youth Ambassador Exchange Program and the International Youth Conference in South Korea through Aurora Sister Cities International. 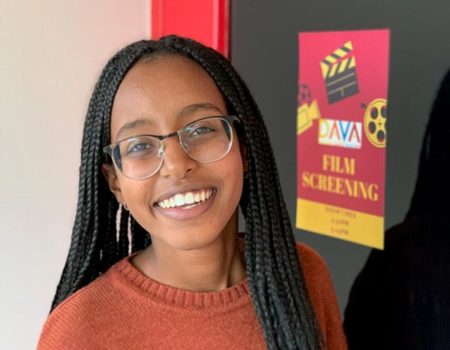